Borax, also known as sodium tetraborate or sodium borate, is a mineral and inorganic salt largely used as ingredients in laundry and cleaning products. 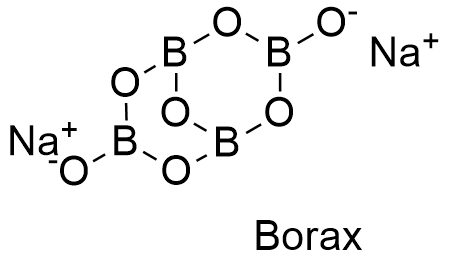 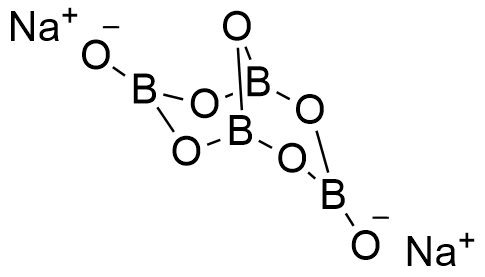 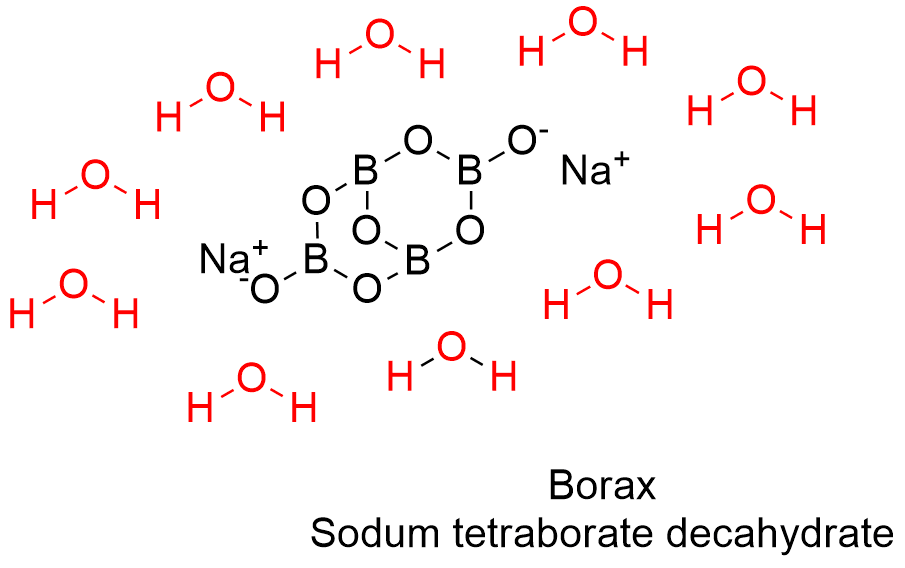 Occurrence: Borax can be found in dry lake deposits in California, USA and Turkey. Furthermore, those lakes also provide other borate minerals that can be treat to obtain borax.

Preparation: Borax is mostly extracted from natural source. Consequently, there are few industrial process to prepare it by synthetic routes. Other important source of borax are the borate minerals found at the same lakes that borax. Borax and related borate minerals are purified by recrystallization.

Physical properties: Borax is a white crystalline powder. Its melting and boiling points are 75 ºC and 320 ºC, respectively. Borax density is 1.73 g mL-1. It is highly soluble in water.

Uses: Borax is largely used by chemical, food and pharmaceutical industries. Borax is used as antifungal additive in medicine and food manufacture; it is also use in these industries to prepare buffer solution to regulate the pH of products. It is extensively used as an ingredients of many detergents, laundry and cleaning products. Borax is an alternative to mercury use in gold mining and it is also used as a neutron-capture in nuclear reactors.

Health effects/safety hazards: Borax is not toxic by ingestion and it is not irritating. However, some studies are being doing to show its possible carcinogenic effects and its risk over fertility and pregnancy. It is not flammable and it does not reacts with other chemical compounds.